Mr. Robot Got in My Head

I’m obsessed with Mr. Robot, and by proxy Sam Esmail, its creator. This obsession is unhealthy. You must share it.

Starting in 2015 as a trippy combination of a mystery, psychological thriller, dystopia plus the mother of all unreliable narrators – Elliot Alderson – the series starts weird and gets weirder. It’s enjoyable from the start, but you only really become aware of Esmail’s ambition by the end of season 1 when *Spoiler Alert* Elliot discovers that he’s been seeing a dissociative split of his with the face of his father to mask the fact that Elliot’s alter single-handedly orchestrated the biggest hack in history forgiving all debt in the USA triggering a financial crisis.

Let that sink in.

There is often so much going on that your head hurts connecting the dots. But then woven beautifully in, revelations are crossed with fantastic soundtrack, gorgeous cinematography, and bold acting-directing decisions to create a singularly pleasurable viewing experience.

Elliot has DID (Dissociative Identity Disorder), a bad morphine addiction, severe depression and social anxiety, and an extreme paranoia which seems to be justified as he navigates a dark world with shadowy figures and becomes a tech superhero epitomizing the meme…

Esmail has been quoted to say, “I rip off of every movie and TV show I’ve ever seen in my life… I make no apologies.” (Sullivan, 2015). It should come as no surprise then that you see elements of Fight Club, V for Vendetta, The Matrix, American Psycho, hell – even The Shining in the series. But there’s an originality which is extremely hard to ignore.

Esmail’s characteristically beautiful cinematography is one such unique facet. Heightening tension, isolation, and discomfort, Esmail frequently places actors at the margins of the screen while constructing shots that are meticulously framed works of art. (Seriously – go watch The Beauty of Mr. Robot (The Beauty of, 2019))

The characters are compelling, vivid, empathizeable, and majestically flawed – no one more so, than our protagonist. One of his earliest memories is patchy and based on something that happened during that time, Elliott experienced his first split. The alter ego, Mr. Robot (whom the show is named after) has a complicated relationship with his host sometimes fighting for control like Mr. Hyde, sometimes dolling out the best advice, and sometimes orchestrating acts of cyber-terrorism via his pet organization, “F Society.” 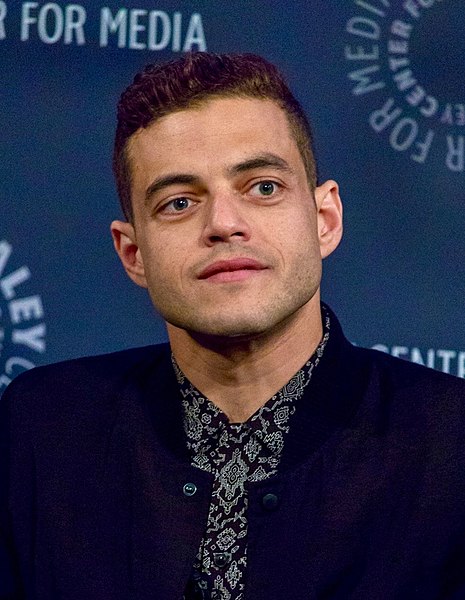 Featuring incredibly talented actors like Remi Malek (our star and 2016 winner of Primetime Emmy for Outstanding Lead Actor for this role), Christian Slater, and BD Wong, the cast takes themselves very seriously providing excellent moments of humor, tragedy, excitement, and intrigue. The show has won all sorts of awards for acting, soundtrack, and picture. Furthermore, it’s my current favorite for its angeringly good writing.

Despite an objectively fabulous script and storyline, Esmail asserts, “I don’t care about plot. Point of view is everything.” (Skip Intro, 2018). In Skip Intro’s video essay on the subject, we see that the cardinal virtue of Mr. Robot is atmosphere and tone. Establishing a tone of cynicism, anxiety, and isolation we are violently thrown into Elliot’s twisted perspective from the very beginning.

We see a persuasive argument about what’s wrong with our society, and we find ourselves rooting for Elliot in his pursuit to overthrow it. We see the fragility of fiat currency, the pervasive supplantation of reality by social media and digital interactions, the falsities that make up the materialism, marketing, and culture we live in. Accused of not being real, Mr. Robot responds to Elliot:

Is any of it real? I mean, look at this. Look at it! A world built on fantasy. Synthetic emotions in the form of pills. Psychological warfare in the form of advertising. Mind-altering chemicals in the form of... food! Brainwashing seminars in the form of media. Controlled isolated bubbles in the form of social networks. Real? You want to talk about reality? We haven't lived in anything remotely close to it since the turn of the century. We turned it off, took out the batteries, snacked on a bag of GMOs while we tossed the remnants in the ever-expanding Dumpster of the human condition. We live in branded houses trademarked by corporations built on bipolar numbers jumping up and down on digital displays, hypnotizing us into the biggest slumber mankind has ever seen. You have to dig pretty deep, kiddo, before you can find anything real. We live in a kingdom of bullshit. A kingdom you've lived in for far too long. So don't tell me about not being real. I'm no less real than the fucking beef patty in your Big Mac.

I have a hard time answering exactly what the show’s about. But it’s simplest to say that Elliot’s psychosis is the real star of the show. Quickly we’re thrown into obviously false depictions of reality and much more insidious and ambiguous ones we can’t be sure are real or not. Elliot’s world is crumbling in and outside of him and we’re along for the ride.

At one point we’re taken through a withdrawal induced fever dream in which Elliot takes heroin and is shot, at another Elliot seems to be starring in an 80s sitcom featuring characters he knows and canned laughter, he frequently has conversations with his primary alter, Mr. Robot and the viewers (you’ve never been featured in a major TV show have you?), and in the finale, well… Watch it and find me so we can discuss it PLEASE.

We are aware that we aren’t seeing the full picture any more than Elliott is. The result keeps you guessing up until the very end. I’ve seen most the series twice and I’ll definitely need to watch it again. With the series finished and on Prime as of this past Christmas, I’ll be able to and so will you. It’s 46 one-hour episodes. I mean come on- You can finish it over the weekend with two hours to spare.

Call me on Monday. We can rant, cry, enthuse, laugh, and hug out the series in its entirety. I’ll grab the popcorn because I, like Mr. Robot, am classy AF.

What did you think of the show? Let me know in the comments (No spoilers please)